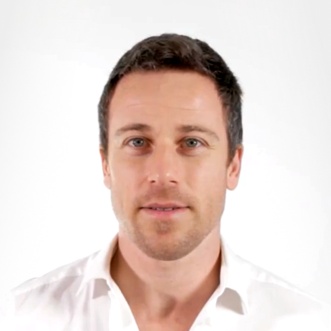 Throughout the years, It's safe to say I've been a part of ALMOST every online watch forum there is. Forums are a great resource to gain knowledge on any topic, so when I first got into watches I really spent loads of time on them. The experience in general was good although some forums are really a pain to deal with. I've also realized that some forums just have a different vibe to them in terms of the community itself and this makes a huge difference on the overall experience.

WatchCrunch is a relative newcomer to this list but as you can see I've already given it the #1 spot, here's why:

From the first second I got to WatchCrunch I already felt that it was different than the other watch forums I've been to over the years. First, it doesn't look anything like the other forums but more like a modern app or platform that is more commonplace now. Second, I was not bombarded by rules, post minimums, mods and a bunch of other things that put a damper on the overall experience of some of the other watch forums on this list.

Last but not least is the community itself. My interactions on WatchCrunch were so positive and friendly that it immediately made me think of some of the experiences I've had in the past on other watch forums that were anything but friendly or positive. So far, I've had nothing but good vibes every time I log on to WatchCrunch both in terms of the platform itself and in terms of the community.

If anyone asks me to recommend a watch forum to them I immediately say WatchCrunch! It's just a completely different experience.

WatchUSeek is by far the most information packed forum on the list. It's been around forever and the amount of threads and info on there is staggering.

I must say though that it can be a bit of a pain to deal with sometimes. There are many rules you need to follow and it just doesn't feel friendly to me. That being said, due to the staggering amount of watch knowledge that WatchUSeek has amassed over the years, I have to give it the #2 spot on the list. There is almost no question you won't find an answer to on WatchUSeek.

Rolex forums to me is the world's number one resource on Rolex. During my "Rolex fanboy" stage I spent a lot of time on Rolex forums and learned loads there.

If its Rolex you're into then this place is definitely for you. Some of the world's most knowledgeable people with regards to Rolex are on there and you can really get addicted to consuming all that knowledge. From vintage, to restoration, to servicing, to prices, to obscure references. If you're looking to expand your knowledge on Rolex then this place is definitely a watch forum you want to visit.

Omega forums is a great place to gain knowledge on everything Omega.

My experiences there have been pretty good and I definitely learned a lot during my brief moon watch obsession (we've all been there!) in which I was frequenting Omega forums quite a bit. If someone were to ask me where to go to learn about Omega watches I would point them to Omega forums, no question. Omega forums is one of the oldest watch forums online and much like it's Rolex counterpart (no connection between the two forums) it amassed a ton of information over the years.

The watch forum isn't as big as some of the other ones on the list but it's definitely a good place to go and interact with fellow watch enthusiasts.

My interactions with the community there have been mostly positive and I've actually made several good friends from there. To me, the community on "The Watch Forum" felt a bit more inviting than some of the other watch forums I've tried and that goes a long way.

Watch Talk Forums is a solid watch forum for sure.

They now look and feel almost exactly like WatchUSeek as they are owned by the same company. I spent quite a bit of time here as well throughout the years and learned a lot from some of the community members.

Much like Watch Talk Forums, Watch Freeks now is owned by the same company that owns WatchUSeek so the site feels like it's part of that network of sites.

This was never a site I spent too much time on but the interactions I did have there were all friendly enough. Definitely worth trying it out and seeing if you vibe with it.

So that's about it folks, My top 7 watch forums. Let me know your thoughts and if you have any candidates that you feel should be on this list as well.